Please Note: As each website has different inventories, your cart is non-transferable between sites.

END OF YEAR SALE - SAVE 25% ON SELECT PLAYING CARDS

Join Jedi Knights, climb aboard the Millennium Falcon, and become a Rebel or Resistance hero. The Light Side deck features Luke Skywalker’s lightsaber, R2-D2, and fighters from the Rebel fleet. "May the Force be with you."

The outer packaging is breathtaking, with striking, vibrant blue foil - mixed with clear, reflective foil that creates the illusion of the Millennium Falcon cockpit window.

Channel your inner Sith, join the First Order or maintain order in the galaxy alongside Emperor Palpatine’s Imperial Army. The Dark Side deck features Darth Vader’s lightsaber, the Death Star, and the Empire’s fleet of starships. “You don't know the power of the dark side!”

On the front of the dark side box, look through the window of the Imperial Throne Room, with symbols of the Galactic Empire and First Order on each corner.

✅ Professionally packaged and shipped to your doorstep

Have a question? Visit our Support Wizard ➔

I purchased all 4 decks of cards because 1) card collector, 2) star wars super fan, and 3) why not. The delivery time was great, probably only 2-3 weeks wait before getting them, if that. The boxes look amazing, the cards are pristine quality and are beautifully designed, and I would highly recommend them to anyone. There is only on gripe I have with these cards. They are all the same. The theme of the box determines the back design of the cards, but the designs of the front face of all the cards are the same. In my head, the Red pack was going to be more Dark side themed, with sith characters on the cards, and the dark pack being the grey scale version, and the blue and light packs being the Jedi versions. If someone like myself is going to buy these cards, don't expect different card designs, or else you will, like me, feel a tad disappointed.

Beautiful quality cards, a must for any Star Wars fan.

Got the Light side pack - These are really nice cards, and the tuck box detail is impressive, most impressive.

I especially like the typography. The condensed typeface means it is easier to hide your cards from opponents when playing. Card weight and feel is also really good. Recommended.

Printed to the Highest Quality ⚡

We care about providing quality playing cards. All our decks go through rigorous testing to ensure they meet our high quality standards.

Whether it be the carefully designed back design or the unique face cards, every aspect has undergone a thorough design process.

A LONG TIME AGO 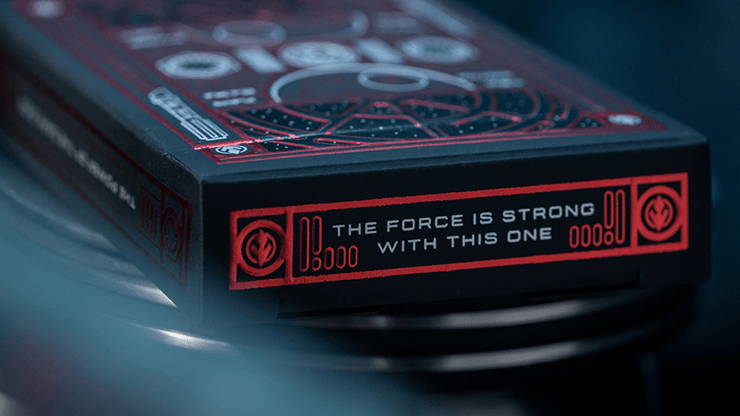 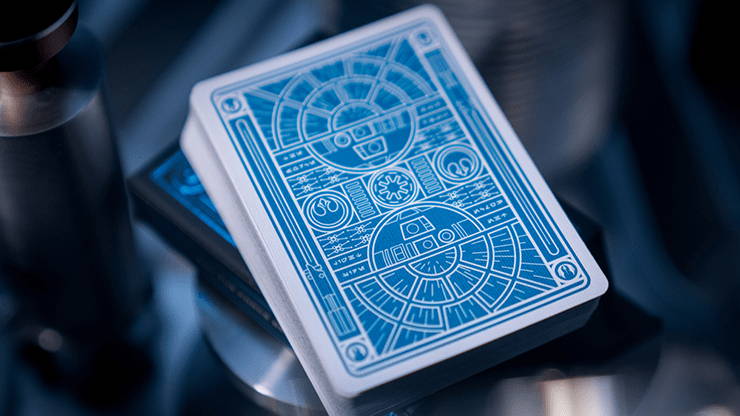 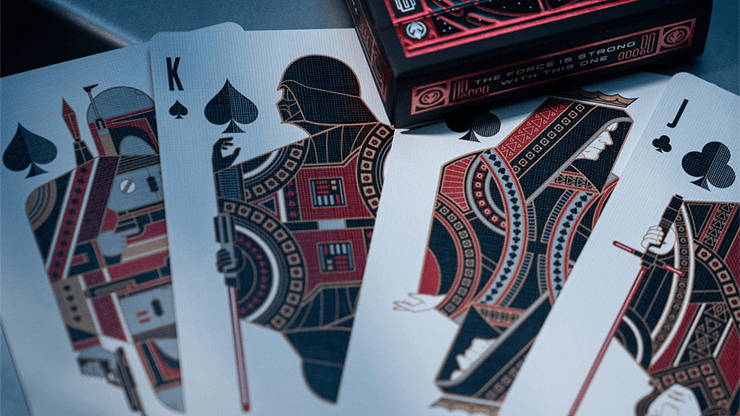 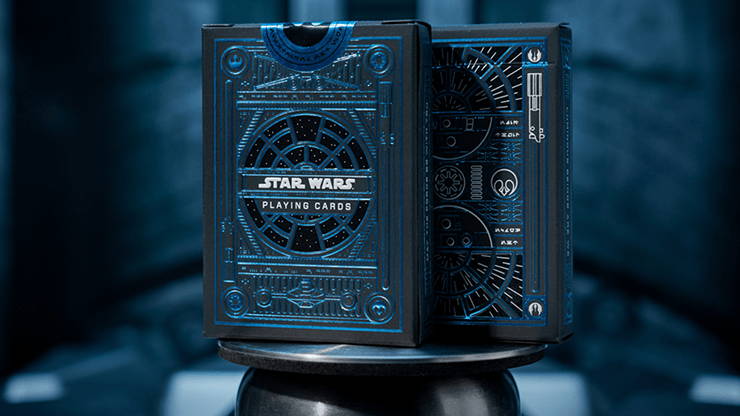 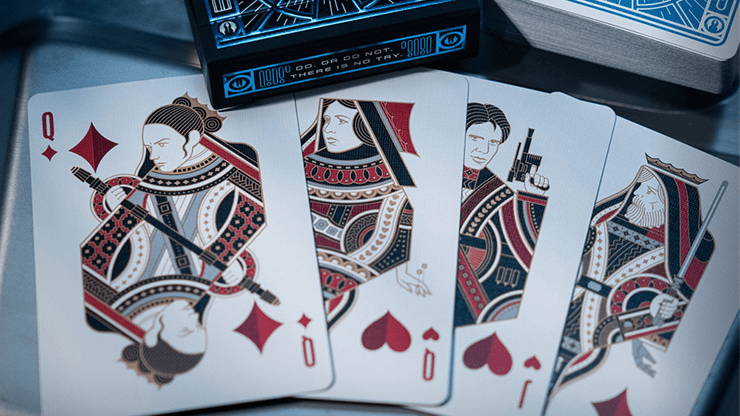 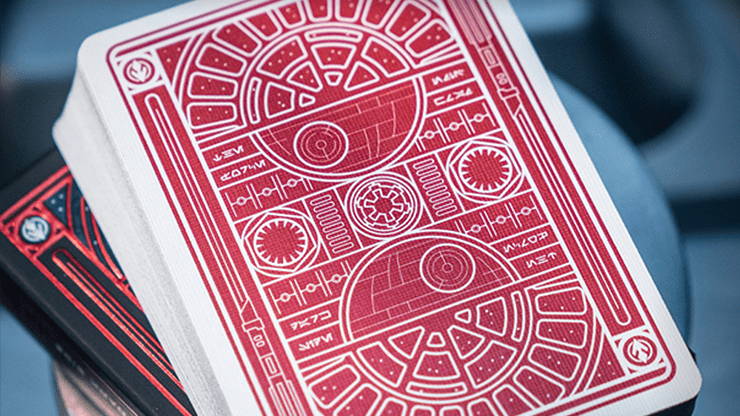 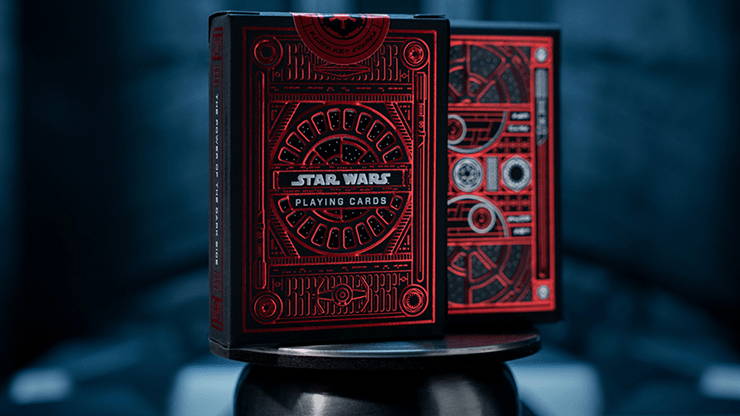 Get your cards moving!

Cards were a Christmas present and my daughter loved them. High quality and posted promptly. Thankyou guys!

Would highly recommend, cards that I have bought in the past have been of highest quality. Prompt shipping. All around great experience

These playing cards make the ideal gifts. There’s a deck for everyone. Perfect, easy to purchase and delivery is seamless. Excellent all round !!